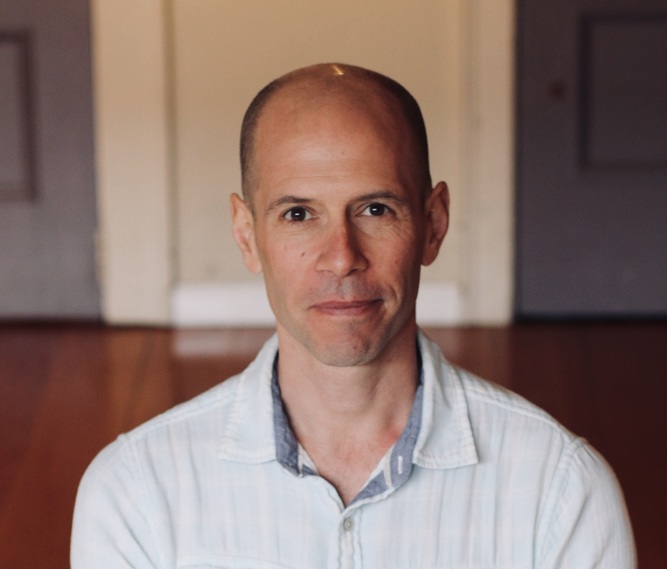 My passion and life’s work is to facilitate personal healing in the context of collective, societal transformation. I try to approach each relationship from a place of loving and grounded presence and strive to hold a healing space that is safe, trauma-informed and sensitive to race, gender, sexual identity, body ability and class status. This is my offering: to meet you where you are encourage your body's wisdom to shine!
‍
I work with a wide variety of people, restoring balance to over-strained nervous systems, bones and tissues. I create and sustain long-term relationships with clients and community members, but also work with people who have short-term healing goals. I want to walk through the ins and outs of the healing journey with you and co-create a world that can hold us all in our uniqueness, with care and respect.
Schedule a Session

I've been fortunate to learn from some truly amazing teachers over the past 15 years. The healing modalities I use one-on-one are Biodynamic Craniosacral Therapy and Remote Healing. I weave a variety of somatic trauma-informed techniques into my work and study healing justice principles. I've studied Interpersonal Neurobiology and Coherence Therapy, am a master Reiki trainer and 700-hour Certified Yoga Instructor. I have facilitated group classes, retreats and workshops for over a decade.
Work With Me

I use he/him or they/them pronouns. I am an immigrant from Romania with Greek and Romanian heritage who came here at age 4. I am a father and an activist, striving to learn and hold my positionally with respect and try to put it to good use.

Like most people, I discovered somatic therapy and healing because even with all those privileges, the white, cis-hetero socialization I underwent did not leave me feeling well-physically, mentally or emotionally. I learned early that my anger was not allowed (along with a host of other very important emotions), and buried it deep inside, which led to depression and codependent strategies for getting my needs met. Being an immigrant created an ability to learn and integrate systems in order to have a sense of belonging, but also a fear of being truly vulnerable, or myself.

I studied philosophy at a social justice-oriented college-I was an active Episcopalian until age 16 and was always curious about science, spirituality and the body. I finished school confused about which way to go, realizing that my liberal arts education had not only left me unprepared for life, but had also been full of biases. After a number of years spent exploring different types of activism and outdoor work, I discovered "shamanic" healing and Zen meditation. Slowly, my mind-body relationship became healthier and more honest; this excited me and inspired me to become a healer and yoga instructor, as the empowering and mindful movement that yoga provides had become a major part of my well-being. I became sober and stayed that way, and entered therapy, which I continue with.

During this time I discovered Biodynamic Craniosacral Therapy. It gave me a kind of healing that talk therapy couldn't-it went to the earliest roots of my identity struggles, transformed age-old patterns and began to heal me physically. BCST allowed me to experience a state of deep peace that I'd been seeking in meditation, but couldn't quite grasp because of my particular trauma patterns. I became confident, began to sleep well, became more connected to my community and became a dad. I went through an intensive training and developed a way to offer this work remotely to clients, via phone or video calls.

Over the past few years I’ve become a student of Coherence Therapy, Interpersonal Neurobiology and depth empathy. These studies have coalesced with group work in social and healing justice. I ask myself how I can be most effective today in bringing more fairness and balance into the world, and offer healing to more people. I want to lovingly acknowledge the deep support and accountability I receive from Holistic Resistance, a black-led group that creates meaningful relationships in order to dismantle all forms of oppression. 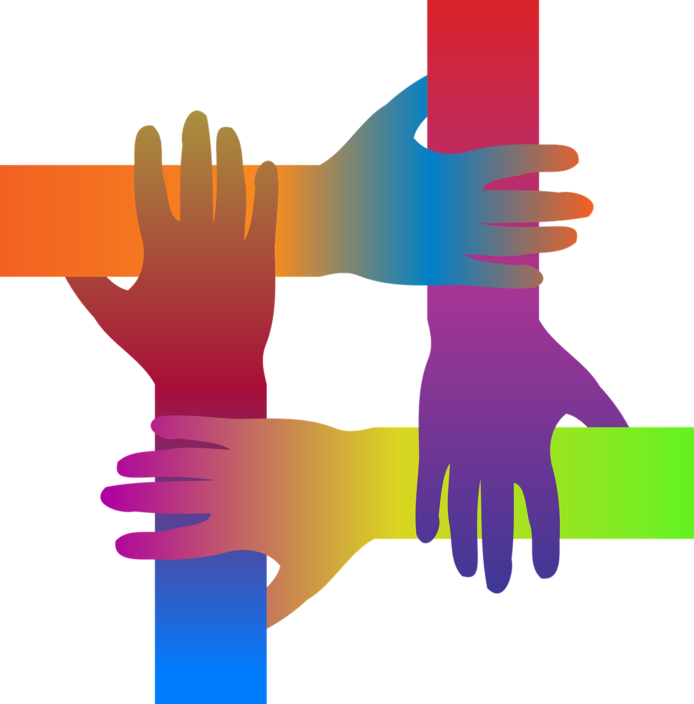 The healthier and more resourced I've become, the more willing I've been to take a hard look at the many forms of injustice and imbalance taking place across the globe, and see the internalized systems of power and privilege that I am a part of and benefit from. I feel a responsibility to help bring more equality and balance into the field of the healing arts and to create greater access to healing. I offer low-cost sessions to people who need them, and free sessions to BIPOC community in need. I make financial reparations to groups involved in mutual aid work, and offer financial support to local tribes.
‍
I am an active father and have worked hard to help my daughter feel secure and stable in her personhood, without enforcing gender roles or using shame. Integrating healing justice principles into my parenting and work improves my ability to support clients from different backgrounds and cultural upbringings, and to be a more loving dad.

During the current COVID-19 crisis I am only offering remote healing, and will be growing my distance practice over the coming years. I occasionally see a client in person, provided that they have minimal exposure to COVID-19.

Remote Craniosacral Therapy, Telehealth and Distance Healing happen either on video (from a link I can send you) or via telephone. You can be in bed, on a couch or comfortable chair, or lying down. We stay in verbal communication throughout the session and I sense by proxy what is happening in your tissues, nerves and fluids, helping you to access deep relaxation, release stress and process grief, trauma and more. There are huge benefits to getting to receive workin your own home, especially if travel is difficult or feels unsafe during these times. 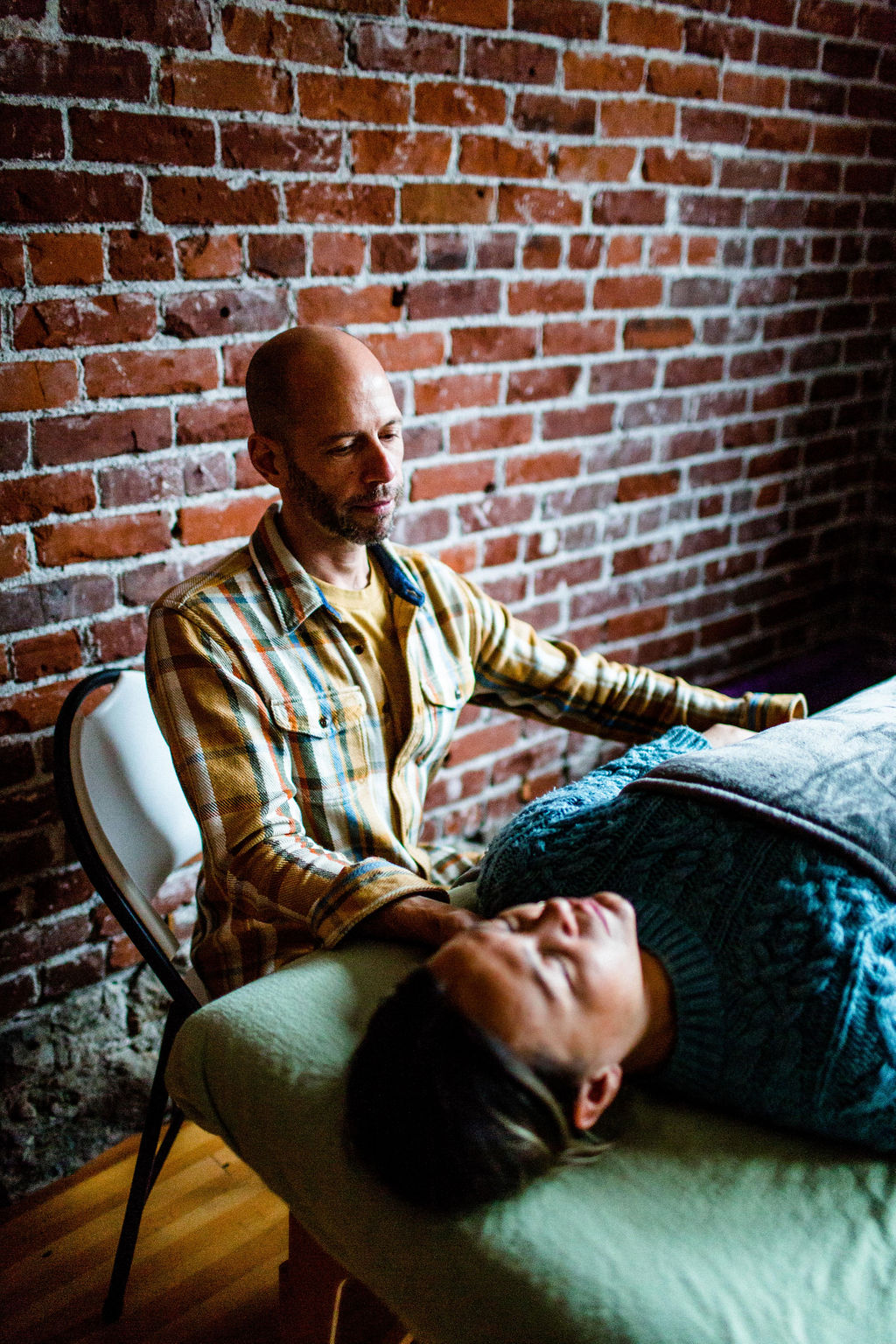 Professional, gentle, intuitive, highly-attuned: these are just a few words that come to mind when I consider the craniosacral and distance healing sessions I've had with Barbu throughout the last decade. Through his work I've experienced many positive physiological, energetic and emotional shifts, along with a heightened sense of awareness following his sessions—I couldn't recommend him more highly!
-Lindsay
"Barbu is a wise and compassionate listener and practitioner. He works from his home office and the space is warm and inviting, I’ve had several sessions and look forward to returning. Most recently, this work has helped me recover from a concussion caused by a serious car accident. Since the COVID-19 crisis I have been working with Barbu at a distance and it's been as good as in person. I am very grateful and feel amazing!"

-Russell
During our session, Barbu gently took me to a place of utter and profound deep relaxation explaining what he sensed as we went. I felt held and healed. The issue with my hip has not bothered me since. There's more body awareness after our session and more choice on whether or not to tighten around the sensation, or to gently feel it, experience it and let it go.